The B Movie Monsters Coloring Activity Book!
See the most astonishing monstrosities and mutations of the atomic age!
The 1950s produced an avalanche of bizarre biological brutes.
We're making a fun coloring activity book that will amuse monster lovers all over the world!

The term B Movie comes from the second half of a double feature - The B-Movie.

B Movies were often good movies - but just as often - not so good.
What they all had in common were low-budgets and rushed production values.
Thus, these types of movies garnered a well-earned reputation.
Notorious was the B Movie, for being a sorry excuse for a movie.

Cinema exploded during the 1950s and teenagers were treated to gobs of double features.
Often both of them were low budget, hurried productions.
A popular joke at the time was that both features were B-Movies!  This is how the term gained popularity.
“B-Movie” became a short-hand to describe teen targeted, far-fetched, low-budget, drive-in, party-flicks!
In the 1970s and 1980s, “B-Movies”became so ubiquitous that new terms were being coined
such as“grindhouse” and “exploitation”.
It was during this time that the term“B-Movie”was most often used to describe, specifically,
the old 1950s monster movies.

Technically speaking, not all 1950s monster movies are B Movies,
but as the term gained popularity, they all got lumped together.
Many people consider all 1950s monster movies to be lacking production values compared to
modern monster movies, therefore they're all B Movies.
Most people who use the term B Movie do so affectionately, with a nostalgic feeling for those simpler times
when monsters and outrageous dramas flickered onto old-timey matinee screens.

Our B-Movie Monsters Coloring Book will be completed soon!
In the meantime, we hope you enjoy learning a little about the strange, the bizarre, the harrowing horrors and terrific terrors of...

Monster movies are as old as film itself, but it wasn't until the age of rock 'n roll, cruisin' and teenage rebels
that cantankerous creatures of all kinds turned up in theaters so frequently. 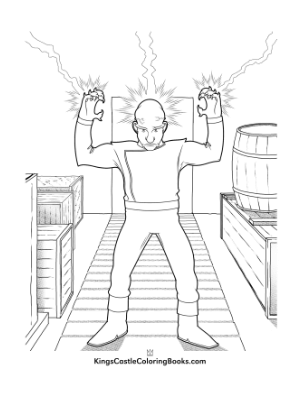 If we take a peek at the 1940s, we find famous monsters like Dracula, Frankenstein, The Wolf Man, and The Mummy appearing together in
"Monster-Mash" movies and comedic romps.

These continuing-adventure serial-style movies were great fun in their own right, but it was increasingly obvious that monsters were being marketed more and more to youngsters until 1951, when The Thing From Another World  invaded theaters.

The Thing was a sly nod to Frankenstein's Monster, but with an astonishing new twist - it was an alien from outer space and it was positively not friendly.

On the loose at a U.S. Air Command base, The Thing From Another World  thrilled audiences with its blend of contemporary adventure and far-out horror.
Science-Fiction-Monsters have been all the rage ever since. 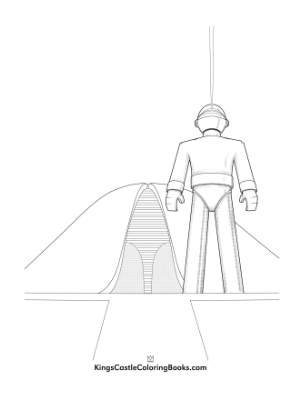 Technically, neither of these films are B Movies.
They were, however, very much unlike other movies of their time and ushered a new wave of thrills,
shocks and horror tropes.
The release of these two films in 1951 set a precedence for a B Movie Monster Invasion!

Surprisingly, 1952 was a peaceful year.
No hulking, otherworldly things or mechanized monstrosities landed in theatres that year.
But as the dust was settling, it turned out that many more strange creatures were plotting against us. 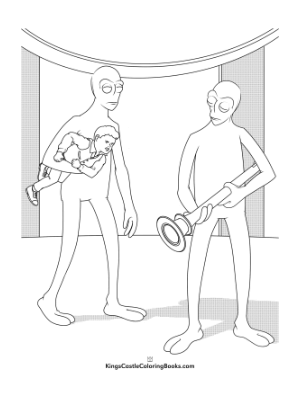 Invaders From Mars  hit theaters in the Spring of 1953, telling the story of a small-town boy who learns of strange happenings in and around his home.
He manages to alert the U.S. military about a race of insidious creatures planning on the demise of humanity.

Invaders From Mars  was a comic book adventure in full color (most movies were still shot black and white at this time), tame enough for kids in theory, but with a directorial style sure to give anyone the heebie-geebies!

Aside from the color film stock, the film was shot cheaply and quickly, the quintessential B-movie.  But Invaders From Mars delivered the goods, as its nightmarish atmosphere overshadowed its shortcomings. 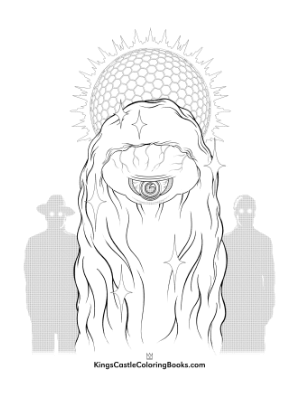 The B Movie Monsters kept coming - this time "Coming Right At You!"
via the spectacle of 3rd dimension - when an unwanted stranger's arrival
in a small town foreshadows the coming of even stranger visitors.

It Came From Outer Space  was a marvelous 3D feature.
The first (and some would argue, the only) film to use the process
appropriately and  effectively!

The 3D inovation and excellent set design gave the film an "A-Movie" flavor,
while the compelling drama and Lovecraftian overtones were the stuff
of ultimate science fiction horror. 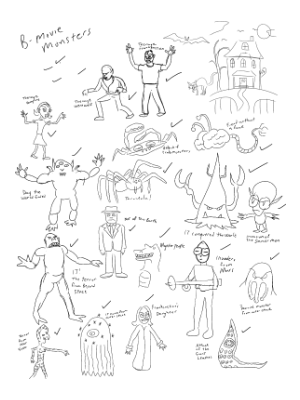 Sketches for The B Movie Monsters Coloring Activity Book!

We had to make a list of all the fun 1950s monsters -
but a simple list isn't really our style.
Here's the page of quick sketches featuring
most of the crazy creeps that will make it into the book. 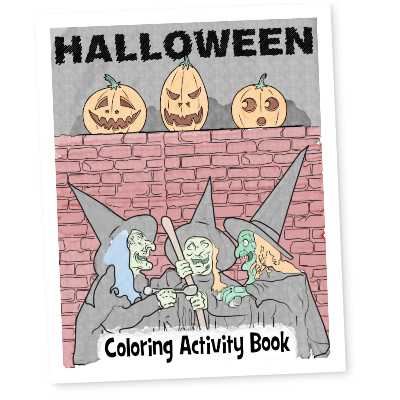 Our Halloween Coloring Activity book is in the works.